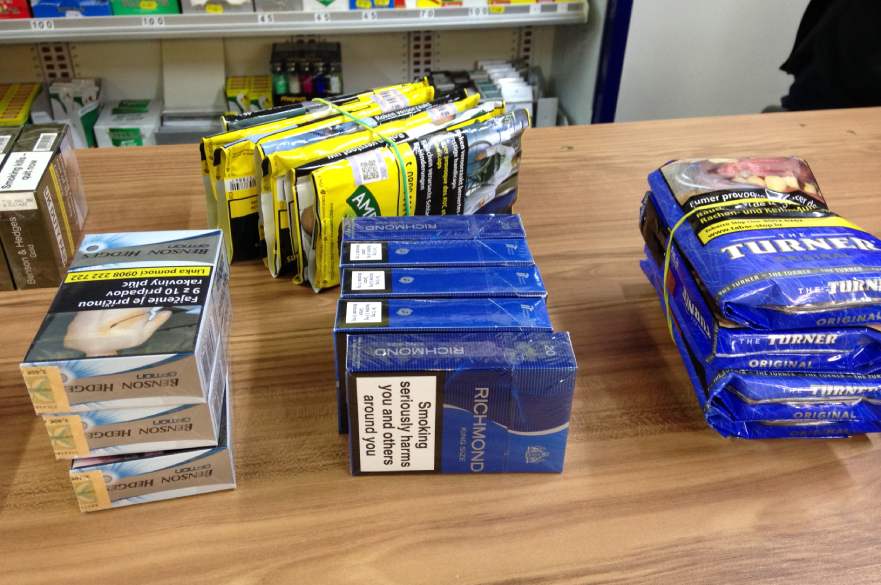 On Monday 13th May at Derby Magistrates court, Ako Fatah, 44, was given a Community Order of 160 hours unpaid work to be undertaken within 12 months for five offences, one of which was safety related, two were for counterfeit products and two related to labelling and was ordered to pay £4800 costs. In addition he was instructed to pay £85 in victim’s surcharge and Forfeiture and destruction of the illicit cigarettes was ordered.

Mr Fatah was found in possession of a quantity of foreign labelled cigarettes and hand rolling tobacco which had been smuggled into the country illegally along with counterfeit tobacco. The tobacco seized had a Duty evaded figure of £4,495.

A number of the items seized were also found to fail UK safety tests, meaning that they posed an increased fire risk as they would not put themselves out if left unattended.

Tobacco is now required to be sold in plain packaging and Trading Standards are already seeing counterfeit plain packaged tobacco entering the market. The City Council’s Trading Standards team continue to work closely with HMRC and Derbyshire Constabulary to tackle the sale and supply of illicit tobacco in the city, and have seen a number of prosecutions as a result.

Our Trading Standards team is playing its part in tackling this trade which has a complex profile and links to organised crime. The trade in Illicit cigarettes steals business away from legitimate retailers by undercutting costs set by Government and Illicit cigarettes often present a fire risk as they do not go out when left unattended. We will continue to clamp down on the illegal sales of such goods and ensure the people in Derby are safe from traders who break the law. Should members of the public wish to report the suspect sale of illicit cigarettes confidentially they can do so through Crimestoppers on 0800 555 111.