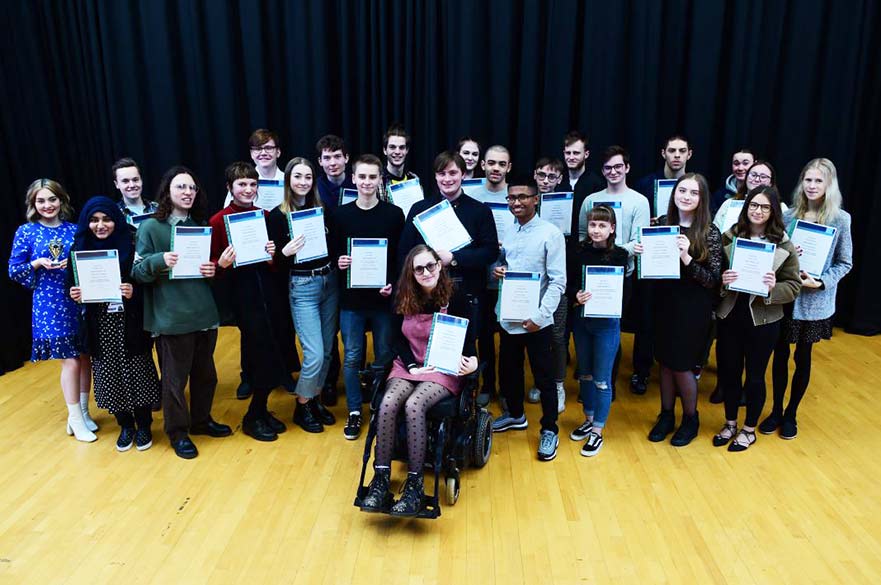 Students at Derby College Group’s Joseph Wright Centre who have either graduated from, or are continuing their studies for A levels, Creative or Digital programmes were presented with subject prizes at an annual celebration evening.

The event opened with a welcome from Kanish Jones who studied at the centre ten years ago, before working in the telecommunications industry and now returning to the College on placement as part of her teacher training.

Award winners included Lauren Tolan (19) from Swanwick who won the A level Biology prize and is now studying Dentistry at the University of Manchester.

Ethan Lee (20) from Breaston won the A level English Language prize and is studying Neuroscience and Psychology at the University of Nottingham.

Uther Naysmith (19) from Matlock won the A level French and History prizes. He is now studying Law at Christ Church, University of Oxford.

Meanwhile John Hitchcock (19) from Crich won the Level three Extended Diploma in Applied Science Award. He is working as a Higher Apprentice with Applied Inspection in Chesterfield which specialises in non-destructive testing.

This is our annual celebration to mark the achievements of students across the Academic, Arts and Digital curriculum at the Joseph Wright Centre. The college opened in 2005 and has gone from strength to strength. It has been wonderful to see the students who left us last summer and fascinating to hear how they are now doing having progressed onto university, higher apprenticeships or work.