Final push for Beat the Street 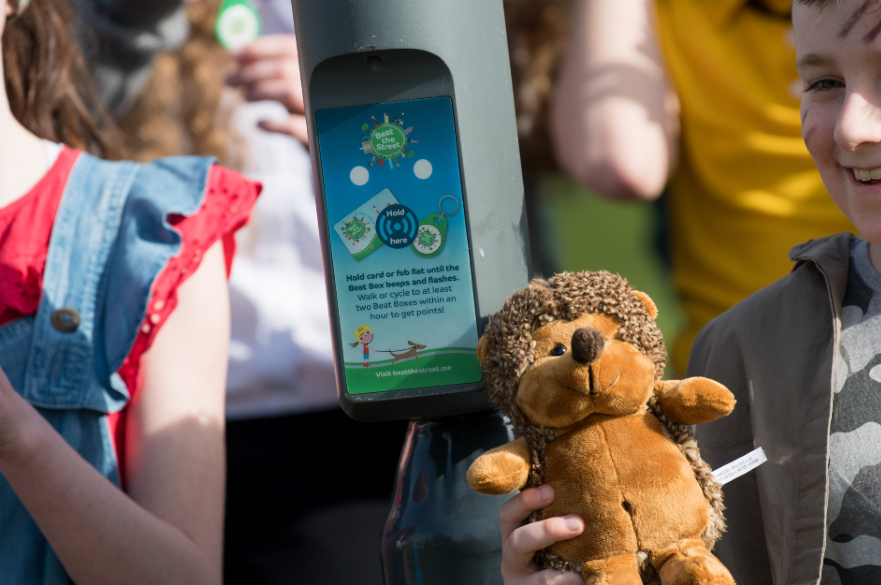 The final push for points has started as Beat the Street, the giant game taking place across Derby, draws to a close.

From tomorrow, Wednesday 5 May until the end of the game on Wednesday 12 May it's Derby’s Go Celebrate week. To encourage players to make one final push, the organisers behind Beat the Street have announced that every Beat Box in the game will be giving out double points during the final week. The game will come to an end at 7.00pm on 12 May when the leaderboard will then be taken down and the winners announced shortly after the competition closes.

More than 26,000 people have signed up and have together walked, cycled, wheeled, ran and scooted an incredible 192,100 miles so far in the competition.

Umbrella Derby & Derbyshire, who support disabled children and young people and their families, leads the charity leaderboard for both total and average points. However, everything could change on the leaderboards with a week to go!

“Unbelievably, we are now moving into ‘Go Celebrate Week’, the final week of Beat the Street!

The game has really been the talk of the city for the past few weeks and it has been fantastic to see everyone getting active as a community. The game has really helped people of all ages to make positive behaviour changes which is more important than ever while we’re living with COVID-19.”

More information including the winning teams will be available at www.beatthestreet.me/derby and on social media @BTSDerby