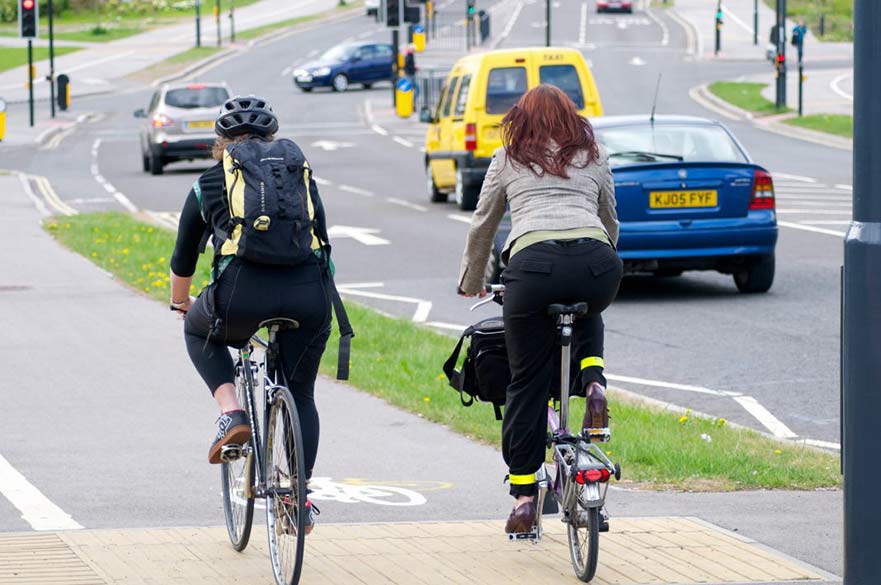 Derby City Council is to launch a series of consultations on a range of proposals to improve existing cycle routes and create new cycle routes to promote active travel in the city.

The various schemes are being funded through grants awarded to the Council from the Department for Transport’s Transforming Cities Fund (TCF) and Active Travel Fund (ATF).

There are four major TCF proposals at Railway Terrace, The Morledge and Traffic Street, Nottingham Road and on National Cycle Network Route 54/68 in Mickleover.

At Railway Terrace, plans include improvements to facilities, between Midland Road and Siddals Road, including Calvert Street, to improve links with Castleward Boulevard and connectivity with the National Cycle Network. Improvements will also be made to junctions, including bus priority measures.

There will be major improvements to the area between the Bus Station and Traffic Street for pedestrians and cyclists leading up to Castleward Boulevard. Plans include an off-road cycle lane and changes to crossings improving journeys from the city centre out towards the train station and Pride Park. The Bus Station will also see improvements to traffic flow for buses exiting the station.

On Nottingham Road, the main proposal is for the introduction of a two-way off road cycle lane for the duration of the road between Pentagon Island and Acorn Way.

At Sinfin Lane, an extension is proposed to the existing cycle facilities that run from Forrester’s Way to Redwood Road to provide better links between the housing area to the south and major employment sites such as Rolls Royce, Sainsbury’s, B&Q and potential development sites around Forrester’s Park

On Ashbourne Road between the A38 roundabout and Prince Charles Avenue there is a plan to create a 3m path to connect into the Mackworth shopping precinct. A further phase of this plan would see the path extended to Radbourne Lane

Measures proposed on Duffield Road will see an upgrade to the existing advisory cycle lanes to mandatory over most of its length and include light segregation in the form of lane dividers.

On Friar Gate the proposal is to improve the outbound cycle lane by widening, adding light segregation and making the existing advisory lane mandatory, up to Larges Street where the width of the off-carriageway facility improves.

Finally, on Burton Road, a combination of cycle facilities will be created between Abbey Street junction and the Inner Ring Road.

Over the last year, nationally, cycling has risen by 46%. In 2020, we saw the highest level of cycling on the public highway since the 1960s, and the greatest year-on-year increase in post-war history.

Post pandemic there has never been a better time to look to improve facilities that promote active travel.  We think the schemes shown here will make a real difference by either introducing new facilities or improving existing ones in line with new government guidance.

The consultations open on Monday 22 November and are open for 12 weeks. For full details of all the proposals and to add your voice visit the Let’s Talk Derby pages.