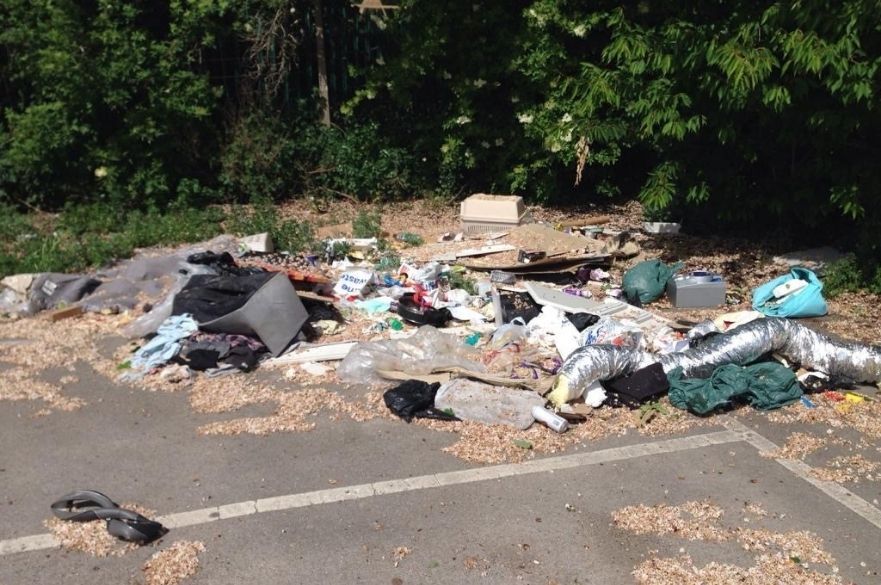 A fly-tipper has been fined over a £1000 by magistrates after he dumped waste on the Racecourse in May last year.
Mr Scattergood, a resident of Chaddesden, was witnessed by local residents driving his vehicle on to the Racecourse Playing Fields and dumping an amount of waste. The residents who witnessed the offense took a note of Mr Scattergood’s vehicle registration and reported it to the Environmental Protection team. Using this information, the team were able to identify Mr Scattergood as the offender.
Following an investigation, it was found that Mr Scattergood had advertised on Facebook that he was able to remove waste from properties for a small fee, despite not being registered to do so. A resident then paid Mr Scattergood £50 to remove some waste from their home, believing it would be properly disposed of.
The Council’s Street Cleansing team then had to pick up not just the waste, but the cost of collecting it and properly disposing of it.
Appearing in court on Tuesday 5 October, Mr Scattergood was found guilty and sentenced to:
The magistrates classed the offence as a ‘reckless act’. Stating “the accused did knowingly permit controlled waste to be deposited at the Racecourse car park, Derby, a place at which no environmental permit authorising the deposit was in force.  Contrary to section 33(1)(a), (6) and (8) of the Environmental Protection Act 1990.”
Councillor Jonathan Smale, Cabinet Member for Place & Community Development commented:

"Fly-tipping is a heinous environmental crime and to do it in your own neighbourhood shows a complete lack of respect for your local community. I’m pleased that the Courts imposed almost £2000 in fines to this offender. It sends a strong message to anyone else in our city who thinks fly-tipping is ok.
I’d like to remind residents to check carefully that anyone they pay to take away waste is registered to do so with the Environment Agency and that the waste will be properly disposed of.”

Residents with excess household waste have a number of disposal options available to them, including:

For more information about how the Environmental Protection team investigate fly-tipping or to report fly-tipping, visit our website.