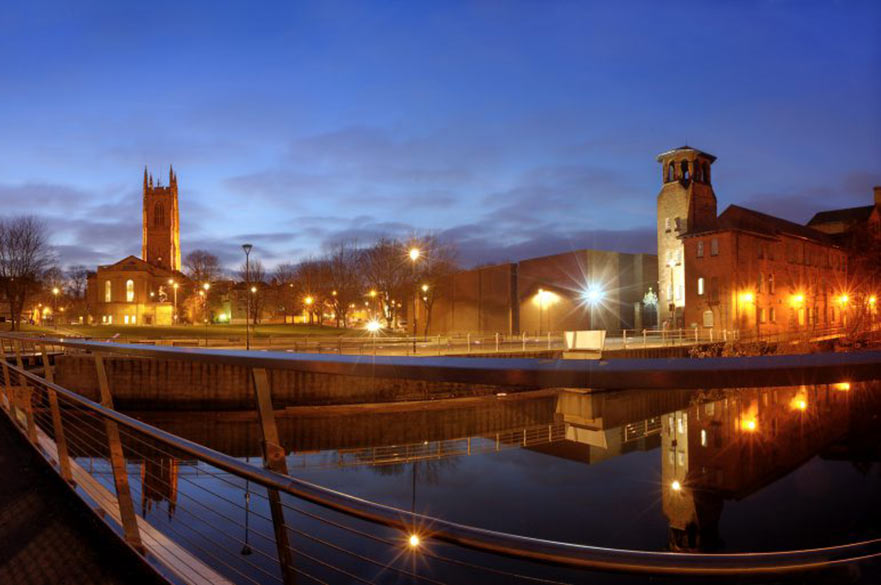 'Your Choice' tackles topics including knife crime, gang behaviour, and many other serious and violent crimes that young people may experience.

A Derby secondary school welcomed the county’s police and crime commissioner as pupils were kept spellbound by a hard-hitting and moving citizenship talk from former police officers.

Derby City Council have joined with the Police Multi-Agency Disruption Team to roll out ’Your Choice,’ a programme aimed at young people, which is being rolled out across City Secondary schools this term. The programme tackles topics including knife crime, gang behaviour, exploitation, and many other serious and violent crimes that young people may experience around them.

Dr Manny Barot and Jason Farmer, both of whom have served in the police force, came to Murray Park Community School in Mickleover in February. They gave year nine pupils a powerful and profoundly personal talk about how the power of education can turn around every life, no matter how humble its beginnings.

Angelique Foster, who was elected Derbyshire’s police and crime commissioner in 2021, joined the pupils at the school for the ‘Your Choice’ event.

Dr Barot told how he had come to the UK with his family to live in Leicester where he grew up in straightened circumstances. Jason Farmer, meanwhile, told the rapt audience how he had grown up as one of a family of 11 living in a three-bedroom council house in Toxteth, Liverpool. Scene of infamous riots in 1981, it was an environment where gang warfare and knife crime were rife.

The pair told pupils how their experiences growing up with little money, and coming face to face with racists, had taught them that education, developing listening skills and having strong mentors had seen them follow a path to success and happiness. Jason told pupils:

I was really pleased to see the fantastic work that is going on at Murray Park Community School to ensure that young people are equipped with the knowledge and understanding of being a good citizen.

It was great to see so many of the pupils engaging with the presentations that were delivered. I wish the school continued success on educating their students on the importance of community safety.”

Pupils at the school said they had been truly inspired by the Your Choice event, which has also toured around other schools in Derby.

I feel like it’s important for young people to learn about these types of things: what can happen in the world, how people can change, and how we can make sure these things don’t happen again.”

I was interested to know about how different people’s lives have been.”

This Your Choice event really tied into our PRIDE values at Murray Park, which stand for Perseverance, Respect, Independence, Dreams and Excellence. We really want our students to learn about the skills they will need in life when it comes to making good decisions, critical thinking and positive choices. We also believe in training our students in British values and how to be good, active citizens, as well as the importance of education.

The talk from Dr Barot and Jason Farmer really connected with our pupils who listened beautifully throughout, and some of them came up afterwards to ask further questions which was great to see".

We take community safety very seriously at Murray Park so we were very glad to host this fantastic event for the benefit of our year nine pupils.”

Alongside 'Your Choice', more actions are being taken to help create a safer environment for those who visit, live and work in Derby. To help reduce anti-social behaviour, members of the Public Protection Team have recently relocated to Riverside Chambers in order to be closer to the heart of Derby city where they are needed most.

Additionally, new Public Space Protection Orders have also come into effect, which combat anti-social behaviour and the disposal of dog faeces across the whole of Derby.