Archaeological Survey at the Racecourse 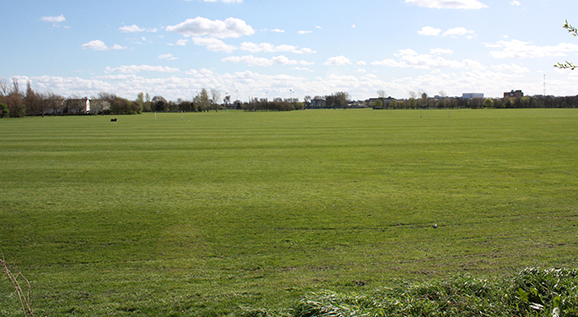 As part of the proposed development of the new Derby Football Hub on the Racecourse in Derwent, surveys have been recommended to see whether part of the site could be of archaeological interest.

Investigations will take place on the southern part of the site around the existing building and 3G pitch from Monday 10 October. This will mean 20 archaeological trenches being dug over a period of three weeks, some up to 20 metres long. These are located on the current grass pitches.

The Council and partners are working with Alliance Leisure, who is leading the technical development of the project, to keep disruption to a minimum during the works so weekend football fixtures can go ahead as planned.

A programme has been developed to ensure there are sufficient grass pitches on site to accommodate the needs of the two main football leagues that use the pitches on the south of the site, Derby Junior Football League and the Derbyshire Girls and Ladies League.

The archaeological evaluation is to determine the presence or absence of archaeological remains that may be affected by the proposed development of the Football Hub, and to establish the significance of anything that may be found. The area has undergone very little modern development and part of the site lies within the area of Roman Derby.

The process for conducting the investigations will be to remove the turf, using a turf cutter, and then excavating the trench. The trenches will be reinstated afterwards  so the areas can be used for football matches once fully recovered.

The trenches will be excavated in phases and take place from Monday to Friday. The specific investigation areas will be fenced off during weekdays, made safe and then removed in preparation for the weekend’s football.

This work has to be completed as part of the planning process for the Football Hub, and has been planned carefully to ensure it won’t stop play and all fixtures can go ahead as planned.

The Derby Football Hub project is part of a national Hubs programme led by the Premier League, the FA, and the Government’s Football Foundation. Its goal is the boost grassroots football with more artificial grass pitches and better community facilities.