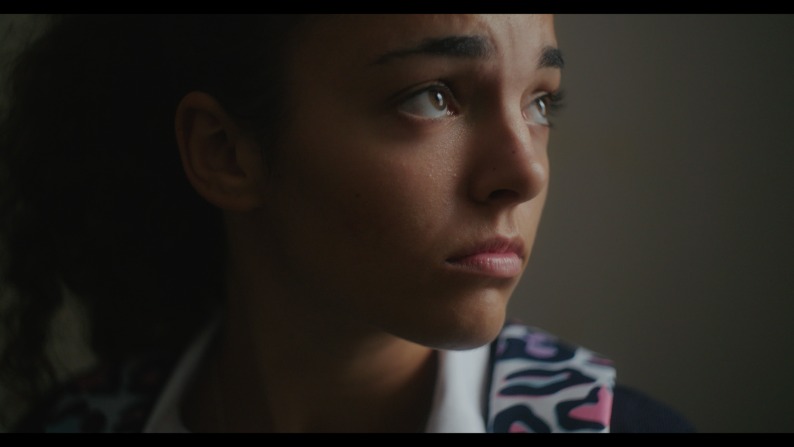 A image of the child in the Childhood film

In a ground-breaking national collaboration, 56 local authorities across England, including Derby City Council, have worked together to share ideas and jointly fund the creation of a short film to raise awareness of fostering. It is aimed at finding more people who may be interested in becoming foster carers and providing nurturing, positive homes for children and young people across the country who need them.

The new film, simply called Childhood, highlights the impact of neglect on children, particularly brothers and sisters who may be left at times to try and care for each other. It shows the journey of ‘Sophie’ and ‘Charlie’ who are in a very difficult home situation where their needs are not being met, to being nurtured and supported through foster care to attend school and be able to enjoy their hobbies and interests. In other words, have a childhood.

Derby City Council is delighted to be part of this amazing collaboration between the local authorities, bringing together and highlighting the growing need for more foster carers within our local communities.

We’re very proud of our family of foster carers who currently support our children in care, providing the best lives and love they deserve, but there is a growing demand for additional carers and the reality is we need more people to open their homes and hearts to fostering.

Through this collaboration and sharing of resources, we hope the film Childhood will touch hearts and minds, opening doors for more children in care to have a loving foster home.

Childhood will be officially launched with a premiere at the Everyman cinema, Birmingham on 13 October, with an introduction from Kevin Williams, the Chief Executive of The Fostering Network, and Rachel Brown, project manager working with Council Advertising Network.

We continue to value and support foster carers but we urgently need more foster carers to come forward to care for children within their local communities. Foster carers are the bedrock of children’s social care; they are vital in our society and our young people rely on their care, dedication, passion and skills to support them when they need it most.

Across the UK, around 9,265 more fostering families are needed, to make sure every child that can’t live with their own family gets the care they need.

Currently, there are over 70,000 children living with almost 56,000 foster families in the UK, and the number of children coming into care keeps rising. The reasons children become looked after vary widely. We need more people to come forward to foster, to stand by their side and to be there for them no matter what.

The film will then be published on all 56 participating council’s social media platforms.

The project follows earlier, smaller partnerships between Coventry City Council and other councils in and around the Midlands. Together with the film company ReelTwentyFive, they have produced several awardwinning films to highlight the need for foster carers. The most recent, Out There, was released in October 2021 and is currently shortlisted for a Royal Television Society Award.

We absolutely love working on these films and are so proud of the work we have produced, and the awards won for them. We feel that this is the best one so far. We have built on the knowledge of previous films, and really feel this one captures the simple yet complex messages about childhood and what it should mean.

Rachel Brown, who has been a foster carer recruiter for a number of years, led on the national project, said:

Sadly, there is an unmet need for foster carers in the country today and there is likely to be an increase in this need. The cost of living crisis and other struggles families across the UK are facing creates and escalates difficulties for many.

Having worked on previous projects we know that these beautifully crafted films have a real impact. With the support of CAN Digital, I am really proud that we will reach even further around the country, a third of all council fostering services in England. We’d like to thank every single person involved in what has been a great collaborative experience.

The aim is that this film will be shared on social media and other platforms, right across the country, reaching many more people and leading them to consider whether the rewarding role of fostering could be an option for them.

The Fostering Film 'Childhood', can be viewed in Derby City Councils YouTube channel.