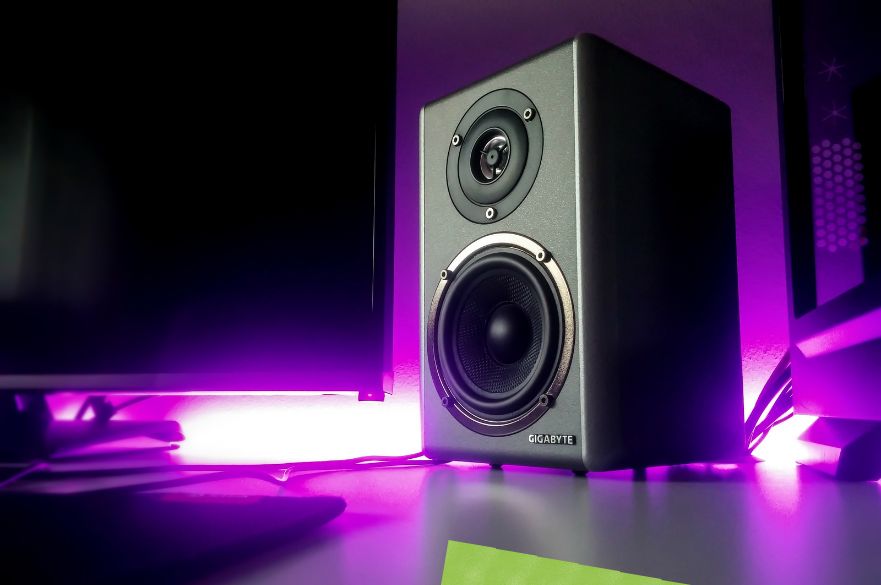 Nine speakers, two mixing desks, an amplifier and a keyboard were seized

A noisy Derby resident has had nine speakers, two mixing desks, an amplifier and a keyboard seized after an investigation found they were creating a noise nuisance. The resident was also ordered to pay over £700 in costs and given a criminal behaviour order.

Complaints about loud music coming from a property were first made to Derby City Council in August 2021. Following the complaints, the Council’s Environmental Protection team worked in partnership with Derby Homes Anti-Social Behaviour team to investigate and to try and engage with the noisy resident to resolve the nuisance.

Subsequently, over 100 recordings of loud music were sent to the team, which resulted in serving the resident with a Noise Abatement Order and a specialist noise recording device being placed in a neighbouring property. A week later, the recordings on the device were reviewed, showing that there had been a breach of the Noise Abatement order.

The team’s next step was to attend Derbyshire Magistrates Court to obtain a warrant to seize noise-making equipment to prevent any further offences. On the 23rd December 2021, Council Officers, supported by Derbyshire Police attended the address to execute the warrant where they seized nine speakers, one amplifier, two mixing desks and a keyboard.

Following the warrant, a further case against the noisy neighbour was brought to the Magistrates court where they were found guilty of breaching the noise abatement order. As a result of the guilty verdict, the defendant was ordered to pay over £700 including; £500 costs, £180 fine and a £34 victim surcharge. The equipment that had been seized was also destroyed.

In addition, on the 8th September 2022, the noisy neighbour was also handed a two-year criminal behaviour order stating that they must not:

Noisy neighbours can have a seriously detrimental effect on those around them including on other resident’s mental well-being. As this case shows, our Environmental Protection Team take issues of noise nuisance very seriously. We will continue to work in partnership with colleagues including Derby Homes and Derbyshire Police to tackle noisy neighbours and improve our communities.
If you’ve got concerns about a noisy neighbour, please do report this to us so that we can investigate and resolve the issue.

Noise complaints can be made to the Environmental Protection team using their online form.