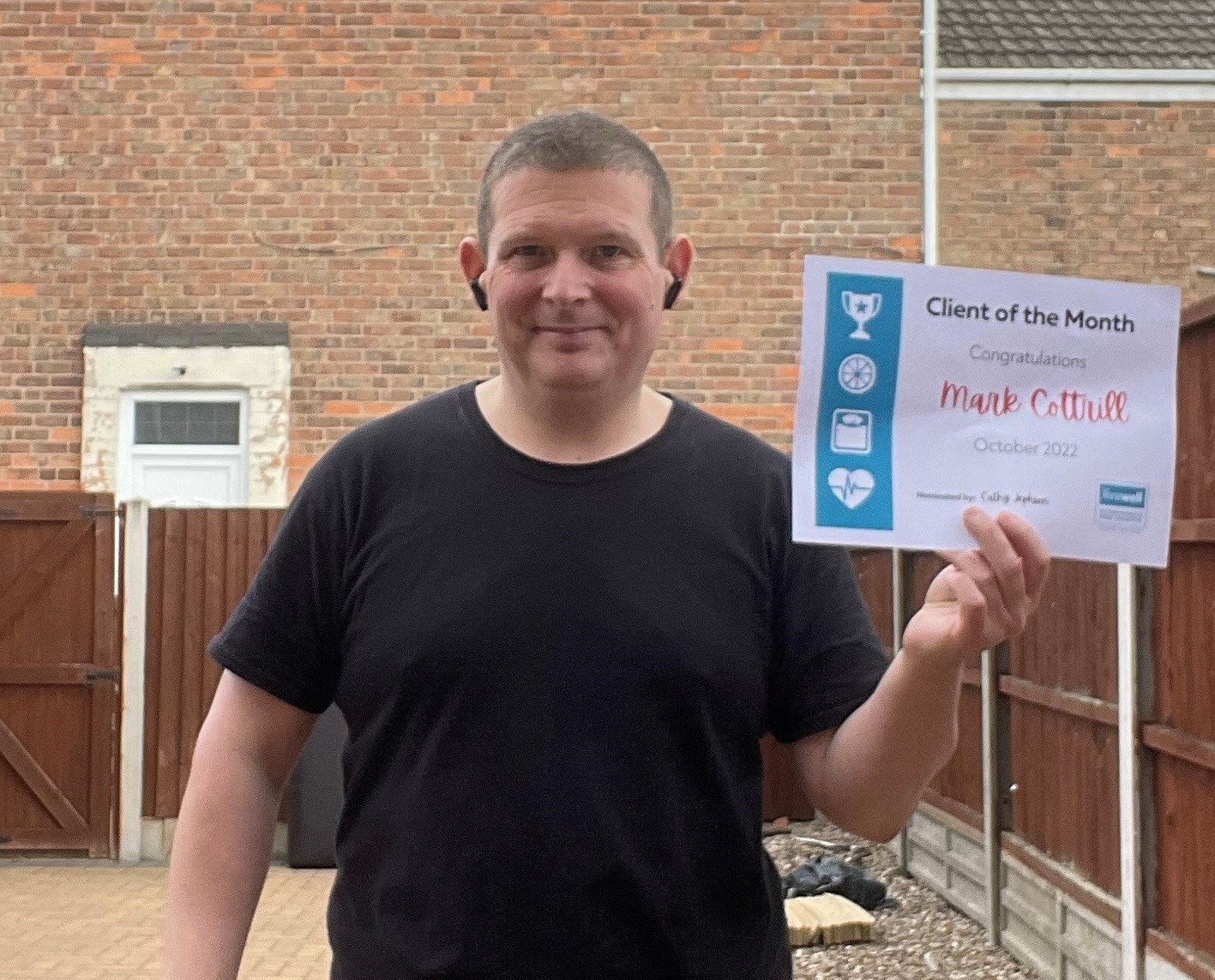 Mark has saved £800 a month by quitting smoking.

Stopping smoking and losing weight transformed the taxi despatcher’s health – and he’s retraining to be a barber with the money he saved.

The 44-year-old from Alvaston is encouraging smokers in Derby to get support from Livewell to take up the Stoptober challenge so they can quit for good.

The 28-day Stoptober challenge takes place during October and is based on research that shows if you can stop smoking for 28 days, you are five times more likely to stay smoke-free for good.  And people who get expert support from local stop smoking services like Livewell are up to three times as likely to succeed.

Here he explains his journey:

Like a lot of people, I relapsed after quitting for eight years during the pandemic.  One cigarette led to another and soon I was back up to 60 cigarettes a day which was crippling me financially at £800 a month.  I was eating all the wrong foods and barely moving off the sofa so the weight piled on. I’d got to the point where I was massively obese, out of breath and sleeping excessively.

In March this year, I decided enough was enough so I joined Livewell to kick my smoking habit for good.  Having used Champix (a stop smoking prescription medicine) through Livewell previously I was disappointed to find it’s no longer available.

My advisor, Cathy suggested I try a combination of nicotine replacement products which Livewell provides for free.  Feeling apprehensive, I decided to give it a go and was relieved to find that patches have changed a lot in recent years and are much more effective.  Along with the patches, Cathy suggested I use a mouth spray whenever I felt an urge to light up, which worked really well and killed my cravings instantly.

Cathy checked in with me regularly, offering professional support and advice.  She also organised my course of treatment so I started saving money from day one.

After six weeks of being smokefree, I felt ready to tackle my weight so I joined a gym to gradually build up my exercise.  At the same time I made big changes to my diet.  Massive portions of processed food and take aways were replaced with smaller meals that incorporated lean meat/fish and lots of fruit and vegetables.  Surprisingly, I’ve found that eating healthier is cheaper than eating expensive takeaways and ready meals.

Although I’d decided to lose weight independently, Cathy’s encouragement helped keep me going.  Her practical advice and tips are brilliant.  I felt accountable to her and my family and friends so I didn’t want to let them down.

Now six months later I’m in better shape than I have been in decades.  My waist has shrunk 11 inches (from 46 inches to 35) and I enjoy wearing fitted clothes. My smokers’ cough has vanished and I regularly jog 5k without getting out of breath.  I’ve still got a bit of weight to shift but the changes I’ve made are part of my daily routine so I’ll get there.

Mentally I feel ready to take on a new challenge.  Before I wouldn’t have the confidence to start a new career in barbering but now I’m eager to try something I’ve always been interested in.  I could never have afforded the course whilst I was smoking and I wouldn’t have had the physical stamina to stand all day cutting hair so I’m glad I’m investing the money into both my health and my future.

My advice for anyone taking up the Stoptober challenge to quit this October:  Join your local stop smoking service – you’re much more likely to succeed with the right support and free treatments.”

Mark was confident from the start that he really wanted to make changes to improve his health.  It’s not an easy decision or commitment to make but as Mark had quit before, he used his past experience to help him this time.  Instead of a negative attitude that I’ve tried before and failed, he was positive saying “I’ve quit before so know I can do this.”  Each time we chatted, I could tell how much of a difference it was making to his life.  We’re really pleased Livewell could support him.  Huge congratulations Mark!”

You’re three times more likely to quit for good using a local service like Livewell than using will power alone.  Derby people can get free support and nicotine replacement treatments with Livewell.  Book your phone appointment on the Livewell website today to get started.