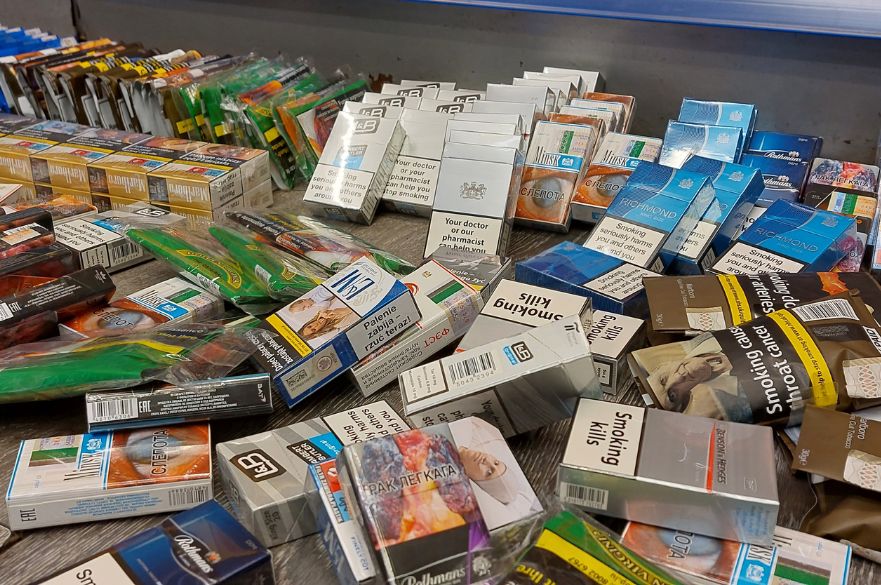 Illicit tobacco has been found in shops across Derby

The owner of a shop in Alvaston has scarcely avoided being sent to prison after being found guilty of selling illicit and counterfeit tobacco products from a premises on London Road.

At a Magistrates hearing on 21 December 2022 Mr Ibrahim Mohammed Muhedin was sentenced to six months in custody, suspended for 18 months. In addition, he was handed 200 hours unpaid work, £3750 in costs, a £128 victim surcharge and 10 days Rehab Activity Requirements. His personal alcohol licence & designated premises supervisor licence were also removed.

When Trading Standards Officers attended the Europlus shop in September 2021 a large quantity of illegally imported cigarettes and tobacco were found with counterfeit tobacco products. The retail value of the seized products totalled £4,675 and the estimated figure of evaded duty was £7,071.54.

“Our fantastic Trading Standards team regularly disrupts the sale and supply of illegal tobacco, taking prosecutions where appropriate and depriving criminal networks of the profits made from their criminal gains.

“Illicit tobacco products are often sold at a lower price than legitimate products and whilst we all like to save money, purchasing these products directly contributes to organised crime. The gangs who smuggle these products into the country are often also involved in other serious crimes such as human trafficking, modern slavery and the sale of other dangerous products like counterfeit alcohol, which can prove deadly.”

“The trade in illegal tobacco harms local communities and affects honest businesses operating within the law. Having removed 21 million illegal cigarettes, 5,800kg of hand rolling tobacco and almost 175kg of shisha products from sale, the National Trading Standards initiative in partnership with HMRC continues to successfully disrupt this illicit trade.”

“Our work is continuing alongside partner agencies around counterfeit and illegal products. In particular, the use of illegal cigarettes and tobacco can put people’s health at risk and the sale of them can sometimes be linked to more serious organised crime groups.

“We are grateful for the support of our local communities and our team will continue to work together to ensure we keep consumers safe and stand up for legitimate local traders.”

Residents can report the suspected sale of illicit cigarettes and tobacco confidentially: