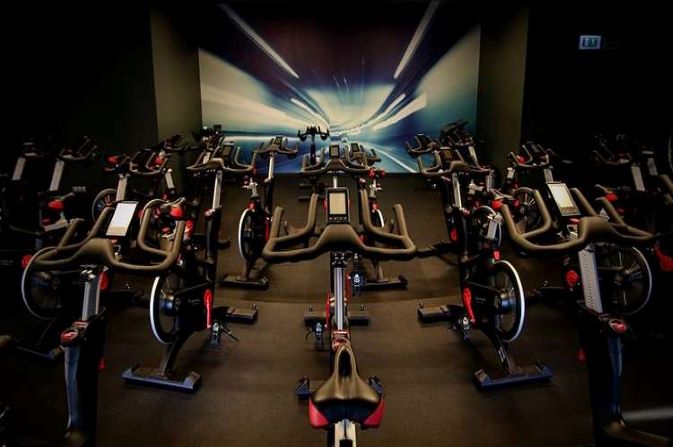 Plans are in place to create a new multi-functional fitness and activity studio at Springwood Leisure Centre to improve customers’ experience. One of the centre’s squash courts is to be transformed into a studio following a decline in demand for the courts over the past 12 months.

The scheme would create a better offer for citizens of Derby and the surrounding areas and allow the centre to generate additional income in the current, financially-challenging climate. There will still be sufficient squash court availability to meet the current demand.

The immersive fitness and activity studio would provide an exciting new space for indoor cycling, with new state-of-the-art bikes, increasing class capacity by 20% to cope with rising demand. The studio would include fully-immersive sound, lighting and projection systems to take members’ experience to a new level.

The addition of the new studio would build upon the existing group exercise class timetable with additional classes and OnDemand virtual classes, providing members with an enhanced health and fitness offer. The space would also be available for private hire events, including children’s birthday parties.

The relocation of the indoor cycles to a dedicated studio would also free up the function room for hire by community groups and clubs. It would be available for meetings, parties and other events.

The scheme will go before Derby City Council’s Cabinet on January 11, with a view to adding the project to the 2022/23 Capital Programme. The £197,000 budget for the improvements would be entirely met by £189,000 of Section 106 funding that can only be spent on the leisure centre, together with £8,000 generated by the sale of equipment from the now-closed Queen’s Leisure Centre.

Section 106 funding is paid by developers as part of an agreement reached with the council during the planning process and must be used to pay for community and social infrastructure projects. In this case, the funding must be used for the general facilities at Springwood Leisure Centre, to include gym or exercise studio provision.

The planned improvements at Springwood may be completed for a lower cost than the projected budget. Any surplus funds would be used for further improvements at the site, for example in the reception area, function room studio, or for general improvements to the building.