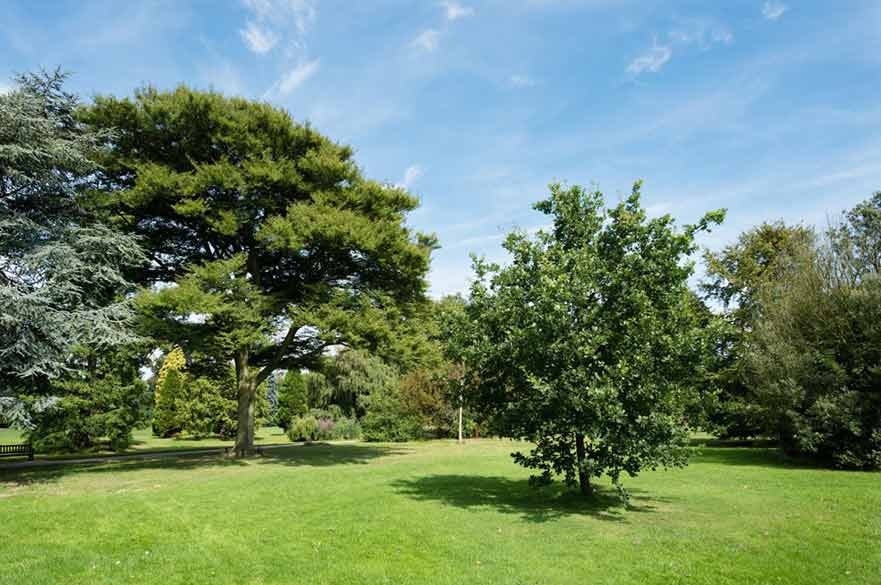 As part of our #HereForDerby campaign, we speak to the Grounds Maintenance team who have been hard at work keeping the city’s green and open spaces in shape during lockdown.

Whilst many Council colleagues have been working from home during the Covid-19 pandemic, there is a small army of colleagues who have been out and about – working hard to maintain parks and green spaces so residents can get outdoors during lockdown.

One of those colleagues is Richard Ruston, a Gardener in the Grounds Maintenance team.

Whilst most of their day-to-day work has continued as normal, changes were made so that teams could work safely and in line with government guidance. For some members of the team, their roles changed completely as they were redeployed.

Some colleagues joined the Refuse teams to provide support with transporting staff on rounds to maintain social distancing in vehicles. This reduced our staff levels which increased the workload of the Gardeners still working on Grounds. Team members have been covering other duties (such as tractor driving) within Grounds while some colleagues have been isolating. At the start of the lockdown we focused on maintaining the Crematorium grounds and emptying litter bins on parks as these were getting very well used due to people visiting their local open spaces to exercise and dog walk. At the start of April we started mowing on parks, verges and other sites.

Although work like planting flowers has been put on hold, other activities like mowing grass has continued. As a Council we must make sure that verges don’t block the sight of drivers at junctions and that residents can access open spaces in their local area.

As the weather warmed up through April and May, Richard and the team’s focus changed.

The hot weather during April and May meant the dry grass could have become a fire hazard so it’s really important that residents don’t have barbecues or fires on parks. Mowing the parks gave residents plenty of space to exercise safely. Although, this had a knock-on effect that bins were full every day, and litter which needed clearing before mowing. Due to the good weather during May we were juggling emptying litter bins, litter picking and mowing, sometimes on a daily basis. If the litter bins are full, people are asked to please take their litter home with them.

The team began mowing grass in cemeteries in early May once sites had reopened. Richard said that his team had an uphill battle to get the grass back under control for visitors, after several weeks of not being able to maintain sites, but everything is now looking spick and span.

As a final thought, Richard added:

Teamwork and morale has been good in these difficult and worrying circumstances.