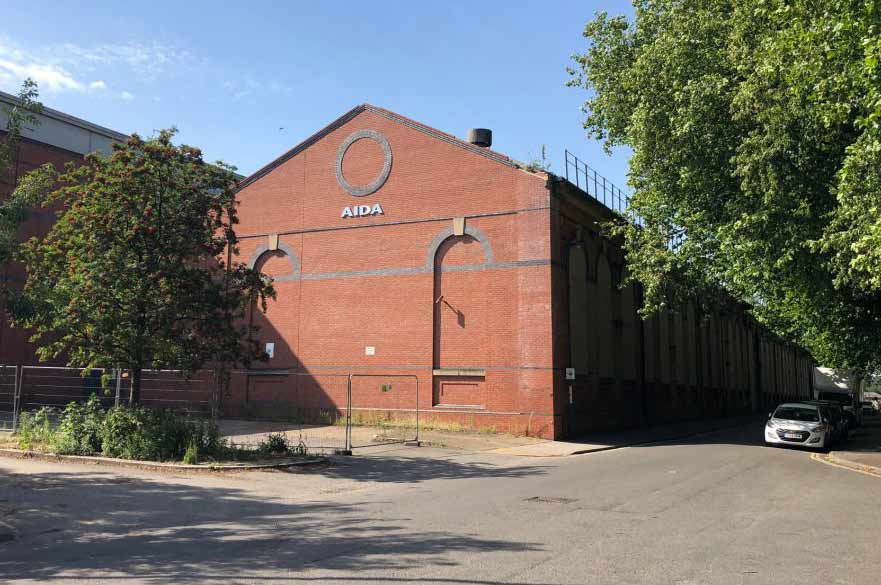 The academy would be purpose-built and include a film studio; a fitness and rehabilitation centre, which would include a publicly accessible gym and sports facility; and a stunt training facility (Europe’s first!).

The anticipated £13million investment in the site is expected to generate economic and social benefits of over £12million a year, including local economy and supply chain spend, job creation at the academy, and a significant increase in visitors to Derby.

The proposed site for the new studio is the former Aida Bliss factory, in Chester Green.

Derby City Council’s Cabinet is expected to meet in June to discuss the proposals from MARV – who are creators of global blockbusters like Kingsman, Stardust and Rocketman. Proposals would see the former factory site sold to MARV to develop and repurpose the historically significant building, that has been vacant for almost 20 years.

This is an immensely exciting prospect for Derby, and a very different suggested use for the Aida Bliss site.

MARV Studios would be a fantastic media brand for us to attract to Derby, putting us on the map as a key player in the creative media sector. Of course, it would also contribute significantly to our aspirations to diversify the local economy and regenerate the city centre.

The Aida Bliss site was acquired by Derby City Council in 2018 to enable the construction of a new flood wall as part of the ‘Our City Our River’ (OCOR) scheme. This was completed and proved its worth straight away in the flood event of November 2019.

More recently proposals for 74 new homes were drawn up and shared for consultation, with residents being asked their views on the plans. A planning application for the housing scheme is still anticipated but has not yet been submitted.

Any sale of the site to MARV would be subject to planning permission being secured.

We’re keen to attract the best possible solution for the site, and any final decisions will of course be taken through the Council’s Cabinet to discuss.

We will be arranging an opportunity for local residents to learn more about these proposals and will confirm the arrangements for this shortly.

Residents will be able to ask any questions about the proposals at a drop-in session on Wednesday 1 June between 1.00pm and 3.00pm, at St Paul’s Church Hall on Seale Street.

The academy will provide new studio space for MARV, the production company behind the Kingsman film franchise, and other leading international film and TV productions. In addition, it would accommodate Europe’s first stunt training academy, and also provide a National Centre of Excellence in areas of tumbling, trampolining and martial arts and Parkour.

Core to delivering the Centre of Excellence will be the opportunity for a wide range of local people and organisations to use the facility – from school children in Derby to world-class, high-performance athletes – this will support grassroots and community sports, as well as elite athletes and Olympians.