Arrangements for the reading of the Proclamation in Derby 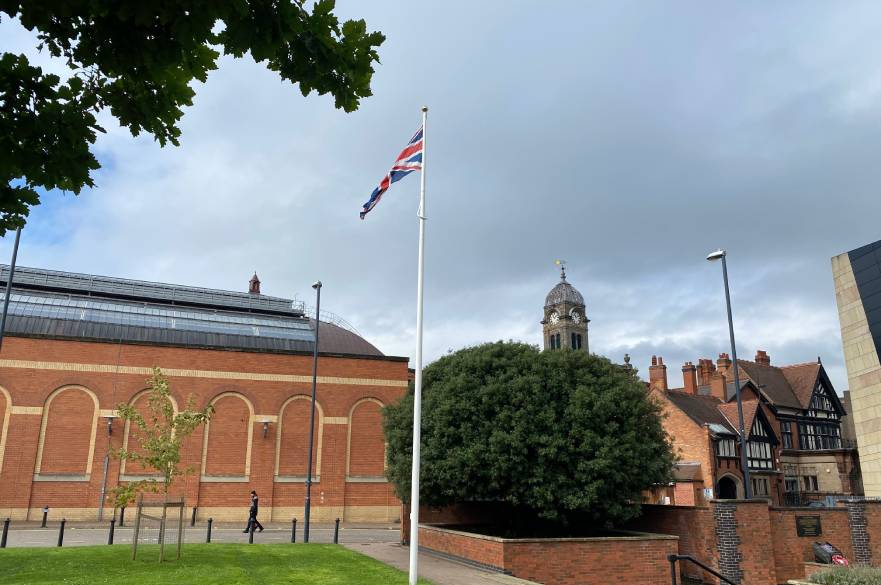 Derby will mark the accession to the throne of His Majesty King Charles III with the reading of the Proclamation on Sunday 11 September.

Derbyshire High Sheriff Michael Copestake of Derbyshire, will read the Proclamation on a stage on the Market Place at 2.00pm, introduced by the HM Lord Lieutenant of Derbyshire, Mrs Elizabeth Fothergill CBE.

The Proclamation will be observed by civic dignitaries from the city and county, including the Mayor of Derby Councillor Robin Wood, and members of the public are invited to attend.

The Bishop of Derby will say a prayer, and the brief ceremony will end with the singing of the National Anthem. There will be the opportunity for guests to lay floral tributes at Cathedral Green afterwards.

This historic moment will be live-streamed on screens at Cathedral Green and on the Market Place, so everyone who wishes to watch can witness it. The words to the National Anthem will also be put up on the screens.

After the Proclamation, the Council House will remain open until 5.00pm for anyone wishing to sign the Book of Condolence.

Following the ceremony, the flag, which will have been flying at full mast since the national Proclamation in London, will be lowered back to half-mast until the end of the national period of mourning.

To be able to keep everyone safe while hosting these events for Derby, there will be some road and car park closures, and buses diverted:

All road closures will be removed on Sunday (11 September).

Whereas it has pleased Almighty God to call to His Mercy our late Sovereign Lady Queen Elizabeth the Second of Blessed and Glorious Memory, by whose Decease the Crown of the United Kingdom of Great Britain and Northern Ireland is solely and rightfully come to The Prince Charles Philip Arthur George:

We, therefore, the Lords Spiritual and Temporal of this Realm and Members of the House of Commons, together with other members of Her late Majesty’s Privy Council and representatives of the Realms and Territories, Aldermen and Citizens of London, and others, do now hereby with one voice and Consent of Tongue and Heart publish and proclaim that The Prince Charles Philip Arthur George is now, by the Death of our late Sovereign of Happy Memory, become our only lawful and rightful Liege Lord Charles the Third, by the Grace of God of the United Kingdom of Great Britain and Northern Ireland and of His other Realms and Territories, King, Head of the Commonwealth, Defender of the Faith, to whom we do acknowledge all Faith and Obedience with humble Affection; beseeching God by whom Kings and Queens do reign to bless His Majesty with long and happy Years to reign over us.

Given at St. James’s Palace this tenth day of September in the year of Our Lord two thousand and twenty-two.

GOD SAVE THE KING